You are here: Home » Blog » Uncategorized » Grade 4-Kitah Daled: How many ways can you spell Hanukkah?

Grade 4-Kitah Daled: How many ways can you spell Hanukkah? 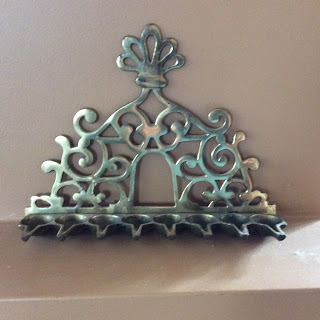 This is a strange looking hanukkiah.
Where is the shamash?
What is burned in each of these bowl shapped sections?

How many ways can you spell Hanukkah?  At last count, Kitah Daled students identified at least 20 different spellings including two different spellings in Hebrew.  We used this activity as a springboard to discuss the Hillel-Shammai Hanukkiah lighting debate.  Hillel argued that we light according to the increasing miracle; the shamash and one candle the first night, the shamashand two candles the second night and so on until the eighth night when we light the shamash and eight candles.  Shammai was a bit more concrete in his thinking.  He noted that the Maccabees were reenacting the Sukkot sacrificial offerings forbidden under the rule of King Antiochus and it was only after their victory that they could practice their faith.  Since the custom was to sacrifice 13 bulls on the first day, 12 on the second day and finally 7 on the seventh day, and objectively there was less oil on each subsequent day of Hanukkah, Shammai argued that we should light the shamashand eight candles on the first night and decrease our count on each subsequent night until the eighth night when he would light the shamash and one candle. 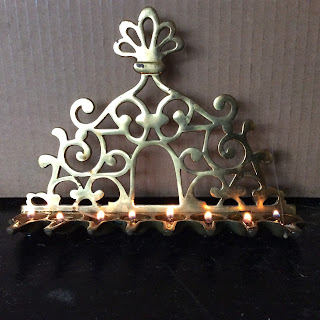